The Three Character Classic (San Zi Jing), like one of today’s elementary school textbooks, was originally used for home schooling during the Song Dynasty. No one knows exactly who began compiling this text of three-character verses. Some say it was was Wang Yinglin from the Song Dynasty. Others think the author was Ou Shizi, who lived during the latter years of the Song Dynasty.

Jing in Chinese literally means “invariable truth.” In ancient times, a book called jing (classic) denoted a work of great value. Among all the Chinese classics, The Three Character Classic is the simplest and easiest to understand. Its scope is broad, covering literature, history, philosophy, astronomy, the ethics of human relations, and elements of morality. Moreover, the content is rich, interesting, and inspiring. The verses are short and simple, all in character triplets, and are thus very suitable for oral reading.

When a young student recites The Three Character Classic, he or she will be learning social decorum, Chinese language and literature, and historical events. Because of these qualities, this text has always been the first choice when starting a child’s formal education.

This teaching material is divided into 44 units, with 4 verses (8 phrases) per unit. Each unit contains sections such as Text, Vocabulary, Text Explanation, Discussion Questions, Story, and Writing Reflection. Each character or term in the Text section is accompanied by the Chinese phonetic alphabet (Hanyu pinyin) spelling to assist in pronunciation and is also annotated in the Vocabulary section. In the Text Explanation section, the verses are explained in English for readers to grasp their meanings.

After that, Discussion Questions are used to guide learners to think more deeply about the text and consolidate their understanding of the unit’s theme. In addition to the verses, a related story or two are presented in the Story section to introduce the background of some historical events or figures, promote critical thinking, and/or facilitate moral education. The Writing Reflection section provides some guided questions for learners to express their thoughts or opinions in writing.

The Three Character Classic is easy to memorize, and because of its multidimensionality and its educational content, has been widely used since the Song Dynasty. It not only cultivates an understanding of traditional Chinese culture, but also provides students with models for getting along with others and for handling situations they might encounter later in life. We hope that readers can learn the text by heart and treasure this precious cultural legacy. 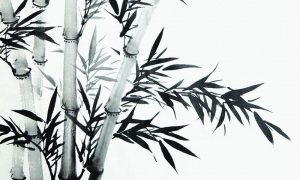 The innate disposition of all human beings is compassion. This innate good nature causes people to be close to each other at first. But as they become older, learning from and interacting with their environment, they grow apart and become distant from one another. If they do not receive appropriate instruction and guidance, they may deviate from their original, good nature. When teaching others, it is vital that a student learns how to focus; otherwise, one’s efforts will not bear fruit.

1. What does the “innate disposition” of human beings refer to? Is it the nature that human beings possess at birth? Or, is it the characteristics that we are given at the birth of our soul?
2. What is learning? When do we learn? How do we learn? From what or from whom do we learn? Does learning occur only when we study textbooks?
3. Does what we learn after birth always make us a better person? Can what we learn from our surroundings make us worse?
4. How can we maintain our innate goodness?
5. What does it mean to focus? Why is this important? How might lack of focus make us deviate from our innate goodness?

A long time ago in China, during the Jin Dynasty in the small of village Yi Xing, there was a young man called Zhou Chu. His parents passed away when he was young. He grew up strong and stout, but because he was not taught and cared for well, he often fought with others and caused a lot of troubles in the village. As the days turned into weeks and the weeks turned into months and the months turned into years, troublesome Zhou Chu grew worse and worse. Like a monster, he was shunned by all the other villagers.

One day while he was strolling around the street, he saw a crowd talking seriously about something. Curious, he moved closer. But the crowd scattered as soon as he approached. Feeling funny and a little annoyed, he grabbed an old man and asked, “What on earth were you all talking about?” The old man replied with fear, “The village is being threatened by three monsters. One is the tiger on South Mountain. The other is the dragon in the Long Bridge River. They have killed a lot of people.…”

Not waiting for the old man to finish his words, Zhou Chu shouted out loud, “Be it a tiger or a dragon, we have nothing to be afraid of. I’ll take the monsters’ lives in no time.” Just as soon as he had made the vow, he set out on the task.

When he reached South Mountain, Zhou Chu searched all over the mountain for the tiger. At last, he found traces of this ferocious animal. Just as he was expressing his joy at finding the tiger’s tracks, the animal leapt from the shadows and lunged at his head with its razor sharp teeth. But before the tiger landed on the ground, in the blink of an eye, Zhou Chu had spun around and jumped onto the tiger’s back. With all of his might, Zhou Chu held onto the tiger’s head and pounded it against a sharp rock until it died.

Before Zhou Chu even had a chance to catch his breath, he set out for the Long Bridge River. Luckily, he did not have to search long for the wicked dragon. He found the dragon sunning himself on an island in the middle of the river. Zhou Chu stealthily swam to the island, crept up behind the beast and grabbed onto its neck. But the dragon was stronger than the tiger and flung Zhou Chu against a tree.

Zhou Chu did not let go but howled, “I will not let go of your neck until you stop breathing!” No matter how fiercely it struggled, the dragon could not release itself from Zhou Chu’s grip. After three days and three nights the monster finally died. Exhausted, Zhou Chu fell asleep and did not wake up for two more days and two more nights.

Word quickly spread throughout the village that Zhou Chu had slain the beasts and died from exhaustion. They celebrated for three days and three nights, and at the end of the celebration all sang gleefully, “The three beasts are dead, the three beasts are dead, hooray, hooray, hooray!” As the villagers were singing, Zhou Chu returned home. Only then did he realize that the villagers had considered him to be the third monster.

Zhou Chu felt ashamed and vowed to turn over a new leaf. He wanted to change and become a decent man. He asked the great teacher Lu Yun to teach him, and Zhou Chu devoted the remainder of his life to learning. He eventually became a high-ranking official and served the people loyally.

Writing Reflection
1. If you were Zhou Chu, how would you feel when you realized that you were regarded as one of the three monsters in the village?
2. How did Zhou Chu eliminate the third monster within himself?
3. How should you react when others criticize you?