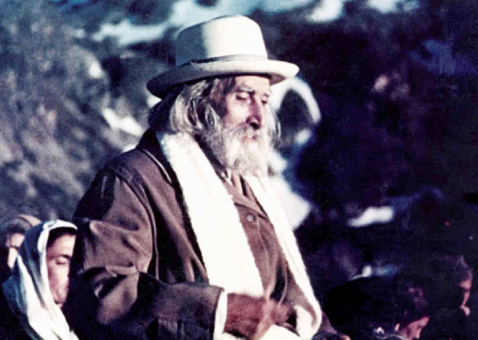 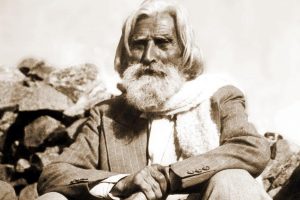 A text of prophecy—or prophecies—of the Bulgarian spiritual teacher Peter Deunov (1864- 1944) has been circulating in English on the internet for many years. Evidently translated from the original Bulgarian, although a reasonable translation the text in circulation has been translated by someone whose mother tongue is clearly not English. Therefore I asked Dr. Harrie Salman if, through his knowledge of Bulgarian and on account of his study of the works of Peter Deunov in the Bulgarian language, it would be possible for him to provide a true-to-the-original, authentic translation of this important prophetic text, so that it is readily understandable to English-speaking readers. This entailed extensive research on Harrie’s part to track down the original Bulgarian sources of Peter Deunov’s prophecies.

He discovered that the internet text is a compilation of quotations from different years. Because only a few quotations could be traced, he decided to collect prophecies that have a reliable Bulgarian source. Among them is a prophetic message from the angel of the Bulgarian nation that Peter Deunov received in 1898 and that has been translated by Harrie. In 1910 and 1914 Peter Deunov spoke of the Second Coming of Christ. Relevant quotations relating to this have been added. Included are also prophecies from a collection of Words of Peter Deunov from the last year of his life, in which he looked into the future.

Readers familiar with the usual version in circulation will recognize that Harrie’s text that follows below, although partly bearing some similarities with the internet text, is for the most part different and, moreover, is much longer, because of the extra inclusions.

In relation to this much more extensive prophetic text compiled by Harrie, I received a prompting from the long-deceased author of the text to include a Preface setting right an incorrect idea—widely circulated—concerning the spiritual identity of the author. (I am using the word “author” here, even though it is not a matter of a written text but, rather, spoken words that were subsequently transcribed.)

Anyone who has deepened into the writings and lectures of any of the great spiritual teachers of humanity—such as Rudolf Steiner (1861-1925) or Peter Deunov—will know that TRUTH is all-important with every word (spoken or written) that stems from one of these great individuals. If something that is not true is circulated about such an individual, this is a source of immense pain and suffering, whether the individual is on earth or in spiritual realms. Either way, but especially in the latter case, it is only by way of the individual on a spiritual level finding and making contact with someone on earth who is prepared to bring forward the truth about them that the incorrect idea(s) circulating about them can be corrected. And this is the main point of the Preface, a point which is highlighted in consideration of Footnote 3 below. It is only by way of presenting the truth that an incorrect idea can be met—and hopefully set right—even if this is sometimes a long-term process.

I am fully aware that “presenting the truth” is a very delicate matter, which raises thequestion: How does one know the truth?

In some of the books I have written that are referred to below, I have given much attention to this question, especially to the related question of “truth and error in spiritual research in the domain of reincarnation and karma. As a mathematician and astronomer—mathematics and astronomy sometimes being referred to as the exact sciences (that is, those sciences “which admit of absolute precision in their results”)—there is, especially in the case of mathematics, no question about the truth of a mathematical statement such as 2+2=4.

In the case of reincarnation statements, as Rudolf Steiner indicated, a spiritual preparation for reincarnation research is needed—and, moreover, is a prerequisite—from the preceding incarnation(s). Those who are familiar with my books Hermetic Astrology, volumes 1 & 2, The Astrological Revolution (written together with Kevin Dann), and Elijah Come Again, in which the astrological rules of reincarnation are applied, will know that extreme care and attention has been taken in these works in order to present only that which is absolutely true in the realm of reincarnation and karma.

It is the same with the reincarnation statement concerning Peter Deunov which is presented in the following Preface. I would not make this statement here in this article if I were not one- hundred-percent certain of its absolute truth and authenticity, in the same sense of absolute certainty as in the case of the statements of the exact science of mathematics. Of course, I cannot expect readers to necessarily believe that what is presented in this Preface concerning the spiritual identity of Peter Deunov is true. All that is asked of the reader is that the Preface is read with an open heart and mind, holding the question whether or not this reincarnation indication concerning Peter Deunov is true? In other words, this reincarnation indication can be approached as a hypothesis in which one need neither believe nor disbelieve, but hold open as a possibility— with a view to awaiting confirmation (or not) at some later point in time.