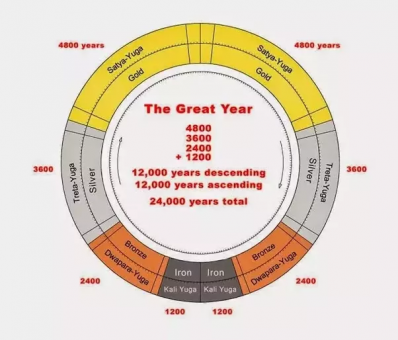 Yuga Theory in The Holy Science

Posted by admin_akashic on Feb 10th, 2022 in Uncategorized

Yuga Theory of Sri Yukteswar in The Holy Science

In his book The Holy Science, Swami Sri Yuktewar discusses about Yugas, the mathematical calculation of Yugas, how the present time is wrongly calculated as Kali Yuga and concludes that the present Yuga is Dwapara Yuga. Here is the summary of this discussion.

According to Oriental astronomy:

The following is a possible visual representation of the movement of solar system around Vishnu Nabhi, as explained by Swami Sri Yukteswar in The Holy Science. 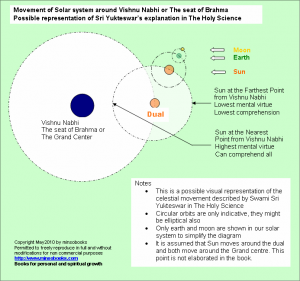 So it takes 12000 years (half cycle) for Dharma to go up from least to highest and another 12000 to go down from highest to lowest. Based on this cycle of development of Dharma, the Yugas are formed.