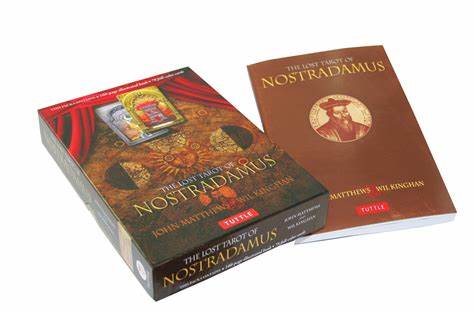 6. Prophecy: A Chance to Change History

Nostradamus has accurately prophesied many events that have occurred over the past several hundred years, that is until the great prophecy about July of 1999 when the King of Terror started to crackdown upon Fa Lun Gong. Still, a lot has changed since 2000. 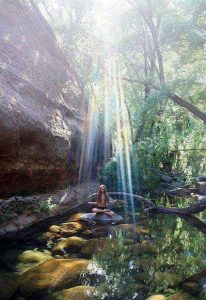 An editorial from minghui.org (English version on Clearwisdom.net, dated July 17, 2000, posted July 19, 2000, “Our Compassionate and Venerable Master”) said, “In the year 2000, everyone in the world is relieved to find we have made it through many crises and entered into yet another era. Of all the people in the world, who is capable of knowing why human beings are so fortunate? How many soothsayers have now lost their appeal? And yet it is our Master, who has enabled humankind to have hope for its survival, who has been bearing the karma that was produced from the deterioration of humankind throughout the course of history.”

A lot of people are concerned with a particular moment. This moment, however, will not be found in the prophecies. In the stories of the Bible or in legends from ancient China, prophets did not just make up their prophecies out of the blue. They foretold the future based on what they saw at their own level. But no matter how clearly they could see, that was only the arrangement of the old universe. Therefore, Nostradamus’ prophecies are a good reference for the arrangements of the old universe. Many things will still happen as foretold and many things will still be accurate; however, the time the events occur will be inaccurate. Sometimes things will happen earlier than prophesied.

As Master Li mentioned in his “Lecture at the Great Lakes Conference in North America,” “Originally they wanted to treat us how religions were treated in the past. Their warped notions have made them think that the persecution of gods in history was rightful. Incidents such as Jesus being nailed to the cross have become the precedent for high-level beings who come down to save people. How could this be acceptable? This itself is degenerate!”

Historically, the Right Fruit (a level of attainment in the Buddha school) cannot be attained through cultivation in one lifetime. Even after Jesus suffered an extremely painful sacrifice, Christians only started to openly cultivate 300 years after their persecution. And only after being pressed under the mountain for 500 years did Sun Wukong (a figure in Xi Yong Ji) gain the chance to cultivate by going to the Western Paradise for Buddhist scriptures.

So how long has the old universe arranged for us? A veteran practitioner told me that Nostradamus mentioned this in paragraph ninety, chapter three. But if Master Li were not teaching the Fa today, nobody would know the true meaning.

For five hundred years more one will keep count of him
Who was the ornament of his time:
Then suddenly great light will he give,
He who for this century will render them very satisfied.

Suffering comes from one’s karma. Have we really endured enough suffering? Living in the Darma-ending period when karma is everywhere, each and every one of us has much more karma than any cultivator throughout history. Comparing with the suffering of the enlightened beings in history–Jesus, Buddha, and Milarepa–we have only suffered a tiny bit. 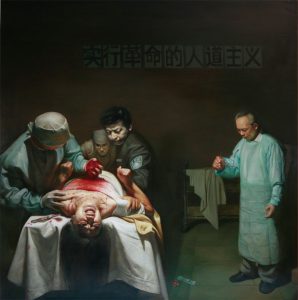 On what day will “The Great Light” fall? No matter which day it is, it will be so close. So what are we still attached to? If we haven’t caught up with the Fa rectification, how long it will be? Have we suffered enough, or have we suffered too little? The tribulations we’ve endured in our cultivation are not comparable to the karma we owe. We cannot express in human language our gratitude for what Master Li has endured for us.

We are fortunate enough to be able to cultivate during the Fa rectification period. One hundred million people’s karma has been carried on one shoulder. The prophecy of Nostradamus has thus paled into insignificance. In front of the Great Law, all the prophecies throughout history can only be a reference. The future is being rewritten by Dafa and Dafa particles.

In the “Lecture at the First Conference in North America,” Master said, “As for the prospect of Dafa for Americans, let me tell you that for every event, every life, and everything done in this universe, the future can be seen from beginning to end. Only the future of this undertaking of mine can’t be seen by anyone. There simply was no future before I set out to do it. ……In terms of cultivation practice, the prospect for Dafa is the U.S. depends on how well Americans obtain the Fa. ”
Now, as Dafa disciples we have already become particles of Dafa. Our lives have been fortunate enough to be connected with the Fa rectification. We are lucky enough to take part in the only thing without a future. Every one of us is doing things to create the new future; this is the most honorable thing a living being can do. Since we have the chance to rewrite history, tribulations and sufferings are opportunities for us. We are using our endurance and our mighty virtue to forge the new draft of history. This opportunity will never happen again. Striving together in cultivation, may we walk towards the day of “suddenly great light will he give.”

The statement above is my personal understanding to share with people.