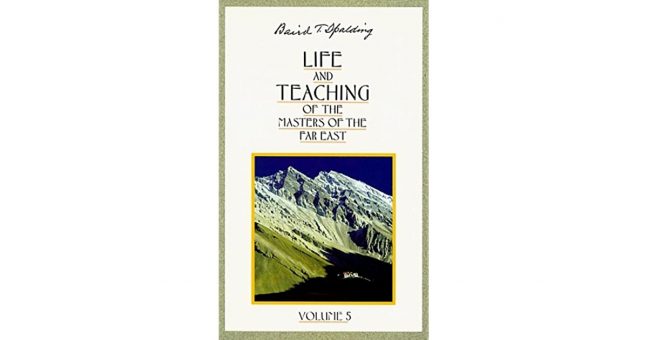 MEN WHO WALKED WITH THE MASTER

Luther Burbank always said, and it disturbed his mother and father very much because they did not understand it, that Jesus worked with him all the time.

One Sunday afternoon he walked with his father over to visit a neighbor. They took a short cut through the fields and passed through a potato patch. As children will do, little Luther Burbank ran ahead. It was at the time when the potato blooms were ripening.  One stem was standing up a little higher than all the others and Luther stopped to look at it, and his father said when he came up that the flower was waving back and forth and the boy said to him, “Papa, that’s talking to me.” “Well,” the father told my father, “I thought the boy was going wrong and I hurried him on and went over to the neighbor’s.” All the time they were there Luther was anxious to return, and finally, about half past three they started homeward. They returned through the same potato field, the boy rushing ahead and going directly to this same plant. There was a great calm over the field, not a leaf moved. When the father came up to where the boy was standing, that tall seed pod was moving again, back and forth, and Luther said, “Papa, I want to stay here. Jesus is talking to me and telling me what to do.” His father took him home and made him do his chores and sent him to bed. In a short time he found him stealing downstairs trying to get out of the house. He was sent back to bed three different times that night. By that time it was eleven o’clock and the parents thought the boy was asleep for the night.

The next morning Luther was missing. The father walked out into the field and there he found the boy wrapped around that potato hill just as close as he could get to it, sound asleep. When he was awakened he said, “Papa, Jesus talked with me all night long and He told me that if I would watch that little bulb until it ripened, take it and preserve it and plant the seed the next Spring, that when it developed there would be one potato there that would make me famous,”—and that is just what happened!

Luther Burbank also worked with the cactus. He took the prickly pear and put it into a glass cage where it would be protected. For five and a half months he sat before that case one hour each day and talked to that prickly pear something like this: “Now you are protected, you don’t need those spikes, let them go.” In seven and a half months the spikes had dropped off. He had the spikeless cactus.

Luther Burbank used to say: “Why, I walk and talk with Jesus, and He with me. He teaches me! He tells me what to do.”

F.L. Rawson was a brother to Sir Rawson-Rawson, one of the great engineers of England. He was called in by the Daily Mail to investigate Christian Science and he did such a remarkable work that they were all astonished. His first statement was, “There is nothing but God in God’s perfect world. Man is the image, the likeness, passing on God’s ideas to his fellow man with perfect regularity and ease.”

One day when I was visiting Mr. Rawson in London we stood at a window looking out across the street. In London years ago they used two-wheel carts drawn by one horse. Construction work was in progress across the way and a horse pulling a two-wheeled cart came down the street, halted, backed up, the driver went to the back of the cart, and suddenly, before the eye could catch what happened, the box turned up and tipped the whole load of rock right on him. F.

Rawson’s statement was, “There’s nothing but God,” and that man seemed to come right up through the rocks, and he didn’t have a scratch on him. Another thing happened in that same connection. The horse didn’t do something that suited him and the owner started to beat the horse. All Mr. Rawson did was to tap on the window to attract the man’s attention. The horse immediately walked over and put his nose up against the window!

L. Rawson took one hundred men into World War I and came out without a scratch on any of them, and they went through some of the most rugged assignments. He stood absolutely for that statement: “There is nothing but God.”

We can go on and state almost indefinitely what happens as we take the right attitude toward a thing. Now we know that, if we stand off and look at a thing and say that is impossible, the very next thing you know somebody else will come along and complete that in a short time. That has been so with practically everything.

Alexander Graham Bell was a good example. Our family knew him very well. He lived in Jamestown, New York. He walked sixty miles from Jamestown to Buffalo, New York to contact my father and his two brothers, who were bankers in Buffalo at the time, and asked them to let him have two thousand dollars that he might attend Boston Tech to perfect his instrument and install it in the Centennial grounds in Philadelphia in 1876. They let him have the money. When the directors of the bank learned of the loan they came to my father and uncles and asked for their resignation, they were so sure Bell would never perfect his telephone.  Booths were installed at the Centennial, people could pay a nickel, go into those booths and call up and talk to their friends in another booth, and that little device created such interest that it paid more money than anything else that was installed at the Centennial Exposition.

You see, we close our thoughts and we lose the benefit of them.

Alexander Graham Bell was really a wonderful character. The reason he didn’t have any money was because he was always helping the blind. He spent every bit of his money he had to aid the blind.

Dr. Norwood used to tell his little congregation that he would go for a walk out among the timber in back of the church and there Jesus would join him and they would walk on and on together.

Dr. Norwood had a small church up in Nova Scotia at a little place where there were only twenty-nine fishermen and their families in the village. Somehow, word of this got out and we heard of it and went up there with the idea of taking photographs. We took the pictures on a Bell & Howard camera with the ordinary lens and we have those pictures today.

Some time later Dr. Norwood was called to St. Bartholomew’s Church in New York City and in less than five months that church was so crowded that they had to put loud speakers outside that all who came might hear him.

One Christmas season during a healing service hour at the church, Jesus was seen to walk out from behind the alter and pass right down the main aisle of the church. I talked to over 500 people who were gathered there and saw this happen and Jesus’ salutation was: “Prepare to put love forth to the whole universe.”

The Chelas in India have a very beautiful prayer which you will note is not a beseeching prayer:

“I go forth this day in all things immersed wholly in God and God’s abundance. The conquering Christ stands forth one with God’s abundance and in every activity of this day. Now I know that I am God’s supreme child. I move each moment of this day immersed in God and God’s divine love. God! God! God! The great flame of love flows through every atom of my whole being. I Am the pure golden flame of God. I pour this divine flame through my physical body. The conquering Christ salutes you, God, my Father, Peace! Peace! Peace! The great peace of God prevails!”